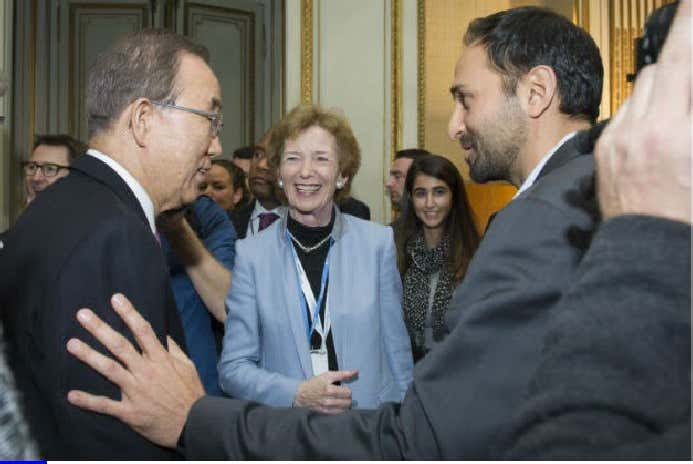 In terms of relevance to the indigenous nations often referred to as the Fourth World, the rollouts from the COP21 gathering of UN member states, Wall Street-funded NGOs, and the global financial elite resemble colonial initiatives undertaken as a result of similar 19th Century gatherings to carve up the world for capitalism. Then, as now, indigenous territories and resources were targeted for expropriation through coercion, with Africa being a prime target.

As statements emanating from COP21 by Wall Street-driven entities, i.e. the World Business Council for Sustainable Development and the Breakthrough Energy Coalition, were tailored to seduce the naïve into believing that First World consumption of indigenous territories and resources for luxury goods could continue unabated under the pretext of saving the planet, the agenda of the financial elite at Paris was to subsume human rights to the all-encompassing ‘clean energy’/New Economy regime.

A look at the ‘clean energy’ Ponzi scheme — led by magnate Bill Gates, and promoted by Havas – reveals two key attributes of the plan are 1. Expanding nuclear power development and 2. Privatizing public process and policy. Indeed, privatization of the planet, which led to the indigenous revolution in Bolivia and elsewhere, is a core component of the Natural Infrastructure for Business launched at COP21.

While the allure of the ‘clean energy’ chimera is appealing to First World consumers of electronics and energy storage devices such as electric car batteries, the Fourth World reality in Africa, Asia and South America – where resources for these technologies are mined — is one of utter devastation. Indeed, it has been convincingly argued that the recent misadventures of AFRICOM, NATO, and the UN in Libya, Mali and the Great Lakes region of Africa are aimed at securing these minerals for the US and the EU.

The NGOs and PR firms behind the social engineering used to drum up support for Wall Street’s privatization plan — Avaaz, Havas, Purpose and 350 — are key to saving the planet for the financial elite. While their choreography of the climate drama has resulted in lots of moral theatrics, the failure of 21 years of lobbying and protesting suggests something more serious is needed. Organizing for political power requires challenging these Wall Street-funded fronts. ‘Civil society’ does not equal NGO.

This is a text widget, which allows you to add text or HTML to your sidebar. You can use them to display text, links, images, HTML, or a combination of these. Edit them in the Widget section of the Customizer.